“Nearly everyone does it. It’s really nothing to be ashamed of.” Women might tell themselves that if they catch themselves – or worse, someone else catches them – snoring.

It’s just one of those things that, for years, women weren’t “supposed” to do – kind of like sweating or voicing their opinion.

But times have changed and nearly everyone has come to accept that women, as well as men, snore.

Some do it occasionally, while some do it all the time. But are the causes of snoring in women the same as men?

As the battle of the sexes begs the question – who really snores more, men or women? And are the causes of snoring in women the same as men? Should women snorers use the same stop snoring devices that men use to control their snoring?

Men vs. Women: Who Are the More Prevalent Snorers? And What About Sleep Apnea?

The verdict is in: Men snore more than women. Though no one really knows why, it’s been studied, and women have been proven correct.

Their husbands are more likely to snore than they are. In fact, they’re twice as likely to snore as women are. But to be fair to the men out there, yes – women snore too.

What are the Causes of Snoring in Women and Men?

Basically, there are four types of snoring in both women and men.

This is often caused when someone has flu, cold, or an allergy, which blocks their nasal passages. As more air is  traveling through their mouth, this creates the vibrating snoring sound. Often, they’ll be able to pinpoint what’s causing their snoring, such as an illness or pollen throughout the summer. Or, there may be a defect in their nasal passages – e.g. a deviated septum.

This occurs when their palate’s soft tissues vibrate against each other. It’s most common in people who sleep on their side or back and breathe through their mouth at night.

When people relax while they’re asleep, their tongue can move further into the back of their throat which causes a blockage. This type is common among people who take sleeping aids, are using antihistamines, or have consumed alcohol because all of these relax their body even further.

If someone’s breathing pauses for short periods while they’re asleep (their partner is often the first to notice this), they could have sleep apnea. As mentioned previously, the most common type of sleep apnea is OSA which causes various blockages in the airways. This chronic condition can be heightened by a number of factors including obesity, enlarged tonsils or tongue, and the natural structure or shape of the body.

The next question that often arises, then, is: Are men more prone to sleep apnea than women?

That’s a difficult question to answer. It would seem so. One of the main contributing factors to sleep apnea is being overweight or obese.

But that isn’t the only thing that causes sleep apnea, and even thin people can receive a sleep apnea diagnosis. Recent studies have indicated that women are actually being misdiagnosed when they really do, in fact, have sleep apnea.

The reason for this is because women, as a whole, are more prone to anxiety, insomnia, and depression than men are. Therefore, when they talk to their doctor about feeling exhausted all the time and experiencing increased depression, some doctors don’t even consider sleep apnea.

Therefore, this leads to medical records showing that men are more prone to sleep apnea when the real numbers could actually be quite similar between the sexes.

Anyone who wakes up feeling exhausted and like they just can’t get out of a funk needs to talk to their doctor.

The issue could be depression and/or a sleep disorder. But it could also be sleep apnea.

If a person displays the following symptoms, they should talk to their doctor about their concerns. And if the doctor doesn’t bring it up, the patient should definitely ask the doctor to consider sleep apnea and a sleep study to confirm or rule it out.

Here are some of the common symptoms of sleep apnea.

• Choking or gasping sounds during sleep

• A tendency to fall asleep while working or driving

Once a person has received a sleep apnea diagnosis, the next step they need to take is to peruse the top anti-snoring devices.

Here are some of the best stop snoring devices on the market. 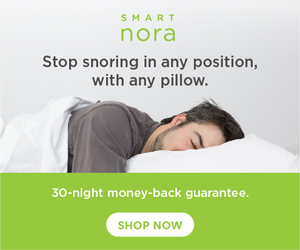 Causes of Snoring in Woman – The Smart Nora Sleeping Device

This is a fun one because it’s pretty new and the design takes advantage of smart technology.

A sensor recognizes when the sleeper starts snoring. Then, as soon as that happens, an inflatable device placed under their pillow slowly inflates or deflates until the snoring stops.

The idea behind it is that as the head is lowered or raised, the airway passage is being fully opened again. The nice thing about the Smart Nora system is that it’s completely non-invasive.

Oral Devices from Your Dentist or Over the Counter

People can get a custom-fit one on-line or from their dentist office. But be aware, dentists often charge several hundred dollars for what you could buy online for under $100.

The other thing to remember is that woman’s mouths are generally smaller than men’s. Using the correct sized mouthpiece will provide much more comfort.

One company – Snore Meds – even provides an anti-snoring mouthpiece specifically designed for women.

When considering the causes of snoring in woman, often times it is the position you sleep in. Excess tissue in the throat tends to shift backwards as you relax. This excess tissue can partially block the airways causing the snoring.

There are various pillows on the market that can help position your head and neck to keep the airway open. Some people aren’t willing to give up their favorite pillow, though.

Others like the idea that the only thing they have to change in their life is the look and feel of their pillow.

The Gold Standard – the Top Anti-Snoring Devices are CPAP Machines

Of course, the top of the top when it comes to stop snoring devices is the CPAP machine.

This is the first device that doctors will recommend for patients with sleep apnea, especially in severe cases. Thankfully, these devices are getting more and more comfortable. Stop Snoring Devices Can Help Improve Your Relationship

When it comes to snoring and a lack of sleep, many partners like to blame the snoring noises on the other person in the relationship.

They do this partially because  they want to tease their partner or because they’re a tiny bit embarrassed that they’re actually the snorer in the relationship.

In some cases, too, both people in the  relationship snore – so the blame game goes both ways in that situation. All kidding aside, though, snoring has actually been shown to have an adverse effect on a  couple’s relationship.

The lack of sleep and irritation that results can put pressure on the couple.

To try and remedy the situation, some couples try sleeping apart, but this can have a detrimental effect as well. The lack of physical and emotional intimacy can lead the couple to drift apart. That’s why it’s imperative to try and find a solution to the snoring problem.

The top anti-snoring devices can help the causes of snoring in women and couples. Letting you spend much needed time together in a quiet, peaceful setting. And you both will wake up refreshed and happy because of it. It’s a win-win all around.

Does your partner’s snoring worry you? Do you think it could be something more serious? Check out our website to find out about sleep apnea symptoms. You might find that your partner needs to talk to their doctor about scheduling a sleep study ASAP.

As always, we hope you found this article, “Causes of Snoring in Woman and the Stop Snoring Devices That Help” both informative and entertaining. If you did, may we ask that you share it with your friends and family through social media. It really helps us a lot and is greatly appreciated! 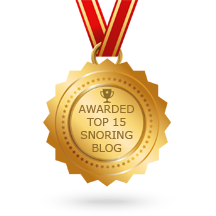 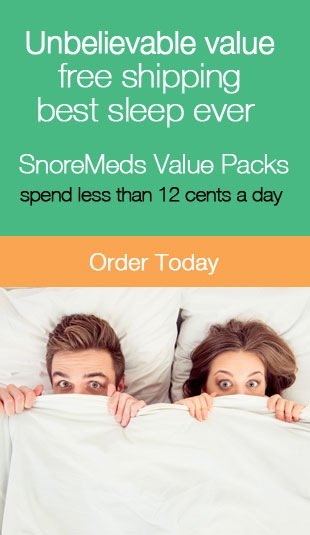 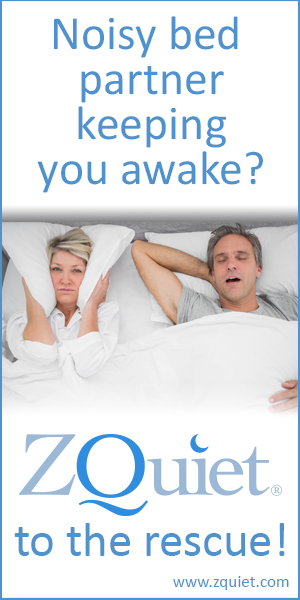